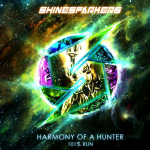 Hi, welcome to The Conduit Wiki! Thanks for your edit to the Team Deathmatch page.

Hi! I'm Paweł from the Wikia Content Team. Given that the old administrators of this wiki have been inactive for a while, would you like me to make you an administrator? You've been doing a great job here in the recent days. Ausir(talk) 21:01, April 22, 2011 (UTC)

I have yet to know quite a few things about wiki formating, but you're tempting me quite a lot ;). I have just one doubt, while all of my edits are real facts that are easy to prove, I still don't own the game actually. I should be getting it in the upcomming days though. Do you want to wait until I get it or there's no problem? DIM87 21:55, April 22, 2011 (UTC)

When adding something to e.g. the "Conduit 2 multiplayer" category, there's no need to add it to the main "Conduit 2" category as well, as the former is a subcategory of the latter, and if everything from subcategories was added to the main categories, they would become way too cluttered. Ausir(talk) 01:22, April 27, 2011 (UTC)

Would you mind the wiki achievements extension to be activated here? It gives users various badges for actions like editing pages, adding categories, adding images etc. You can see it in action e.g. at The Vault. Ausir(talk) 02:43, April 27, 2011 (UTC)

Hi! Thanks for welcoming me! DogNut327

Oh I see the changes and I personally like them better, than the old style. Your doing a great job.

thanks bro! hope this place gets a chat room soon! it would be awesom! say i need to know where to find promotional codes.... that would be helpful and if there isn't already a page for that i can make one

It has come to my attention that the user "Conduit 2 Dude" has been removing valuable information from multiple pages. Their unhelpful revisions are currently undone. I feel as if this person may be a threat to the wiki.

The page labelled Top Players is a useless page do to the fact it is not part of the game, nor influinces it. Considering little to none of those players are here to leave their Friend Code, there is no function to the page. It does not supply knowledge or enjoyment, and only lets players know who a few people think are good at playing, even though they may never encounter them. It is also a highly subjective field and has no system of monitering or scoring, so therefore is only opinion based, and has no facts.

Hi, my name is Nic and I'm a member of the Wikia Content Development Team. As you may have seen on many wikis such as Call of Duty, there is a new module for the right hand column that displays related videos to the Wiki. This is a new feature that we want to place on your wiki, would you be cool with allowing this? - Wagnike2 (talk) 04:22, August 10, 2012 (UTC)

Hello, my name is Cmo, I am the person who keeps changing the Heavy Armor percent values to 30%.

I keep changing it because it is 30%, I'll expalin why.

So, when I tested out the Heavy Armor perk for my Conduit 2 Guides epsiode, Damage, Health, and Quirks, I found out that when equiping HA (Heavy Armor) it took 4 hits to kill and not 3, because if it added only 20% of hp (Or just 20 points of health since the hp is 100) it would still be a three hit kill, because it would just be at the right amount to kill someone.  (40, 80, 120 damage total)  But it instead added 30%.

You can test this out in a online private match for Conduit 2 with someone, just go online with a friend and use the Strike Rifle with no damage upgrades or you can even you the Melle attack since it does the same damage anyway, and you will find three hit kills without HA, and 4 hit kills with HA.

You can also test this with the PHase Rifle with Specailiztion, it will do percisly 120, then just shoot someone twice with the Dark Star since the impact damage is 5 and it should kill him on the second shot.

Also, please do test this before changing the percents again, its a little annoying to kepp seeing it changed constant when its wrong, thanks. :)

Please note that Specialized Phase Rifle may actually be anywhere between 120 and 120.9 damage, decimals were never verified for it and a few other weapons.

I'm the one that keeps changing it back to 20%, but I have good reason.

I'm also the one who got all the values for all the upgrades and weapons using the same testing method as described above, so if one of them is inaccurate, it is likely that all others are as well.  Although I do realize my actions must have annoyed you, please realize that your changes have also annoyed me.  I'm not trying to sound arrogant, but I'm glad we finally have a chance to talk.  I tested all my findings and gathered all of them during an online private game with two other players, during the 13th month after release.  We manipulated our weapons, upgrades and max health to determine all the values.  We did test the Strike Rifle, Melee, Specialized Phase Rifle and a host of other weapons.  For all weapons except explosives that did not hit torso, and headshots, they all came with the outcome of 20% (also excluding HVS45, AR-C Eclipse and Carbonizer MK16) being accurate enough to achieve the same result.  Here is my equation that I used to calculate everything:

Equation A (Add Health): ((Z+A%)+B%) –(Y((((C +D%)+E%)+F%)+G%)) = X*(((100+A%)+B%)%).  (* means multiply) A is the first damage-reduction upgrade, and B is the second.  C is the damage of the weapon.  D is the headshot bonus or AEGIS Device’s +50% bonus (both are only applied simultaneously in offline).  E is the Damage Control Point, which applies a +13% bonus.  F and G are the damage increasing upgrades.  X is the health after taking the hit.  Y is the number of shots sustained from a specific player’s weapon.  Z is the starting health, keep in mind this is a variable.  Starting health is 100 in public games and is also the standard pre-set for custom games (note that in custom games that if it goes over 100, it will not regenerate above 100).  Leave any variable as “0” if the corresponding bonus is not applied.  All of these variables use the values posted on this site.

I labelled it "Equation A" because I also have another equation that uses completely different values for damage-reduction upgrades (derived mathematically from Add Health values).  However I never got around to posting those values or either of my damage-calculation equations.  Sorry.  I will make a new page titled "Damage Calculation" and post all my values and equations there.  Feel free to review it.

I must point out that all of my work may be outdated if there was another update since month 13.  So if you go and test everything again, in the same way that I did, and get different results, that means that all the values on this entire wiki will need to be re-calculated, since I got all the values using this method.  Please be VERY careful.  However, since it had been over 7 months since the last update at the time, I doubt there has been another since then.  Also, please note that I can no longer test anything.  I sold my copy of the game after the 14th month of release.  If there are any problems, I would be very happy to help fix them.  I do not enjoy displaying false information publicly.  Which is why I kept changing it from 30% back to 20%, I believed 30% to be false because my own findings were completely different.  And since you did not give a reason or math behind it, I reacted as if it were someone simply messing with established facts.  I've changed it back to 20% for the time being, however if you do test and give me all your data collected (starting health, weapons involved, all upgrades involved, time between hits, etc...) and I can verify your findings through both of my equations, 30% will go back up, and the validity of all other values will be questioned and will require re-testing.  Again, I am trying to be civil, and not trying to anger anyone.  I'm just working with outdated verification, versus updated but non-verified.

Retrieved from "https://conduit.fandom.com/wiki/User_talk:Ddd87?oldid=11394"
Community content is available under CC-BY-SA unless otherwise noted.